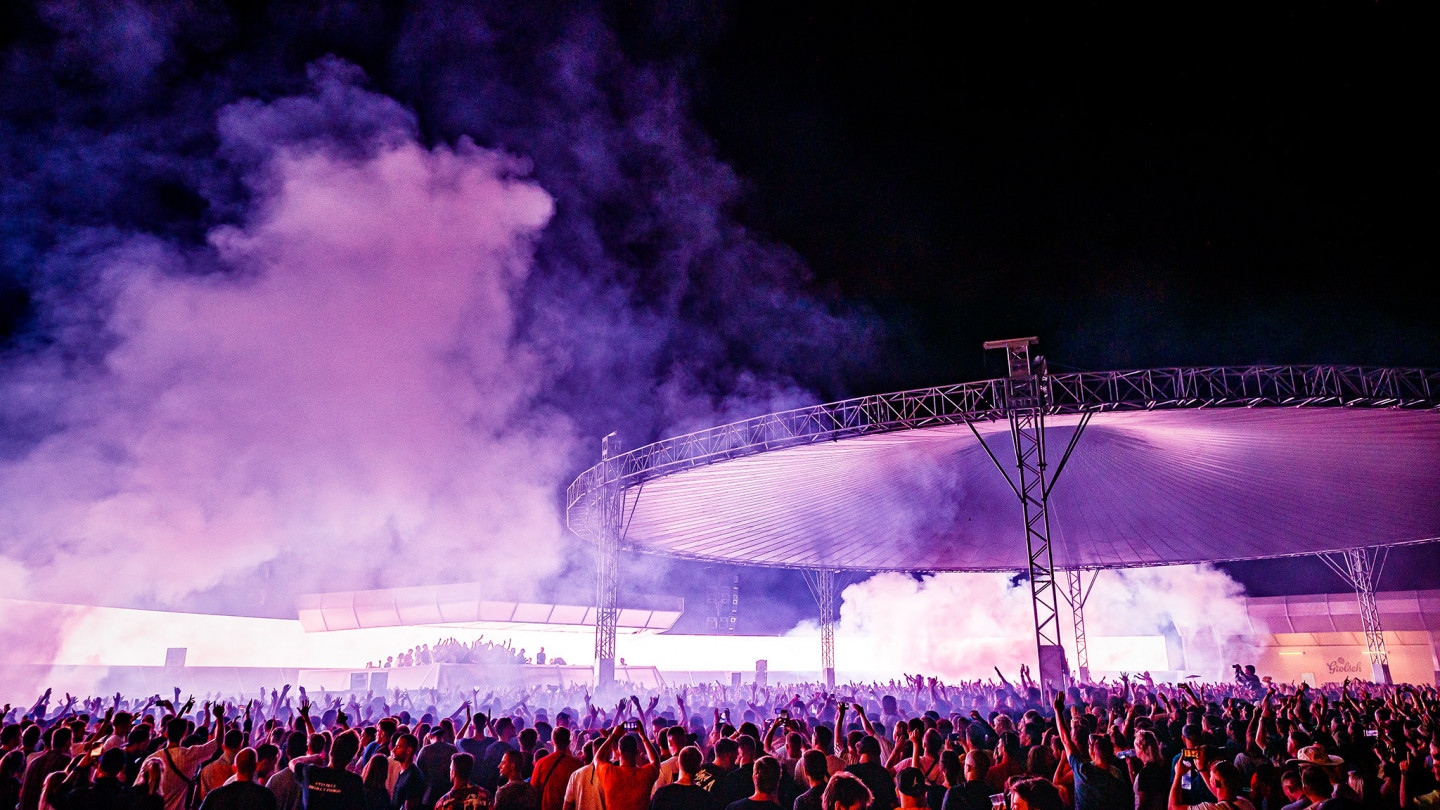 Welcome to our liveblog! A full-blown feed of our entire event, updated throughout the festival. A chance for you to keep track of what’s happening at the moment, with photos, videos, background info and live updates from Gabriel Szatan (GS) and Chal Ravens (CR), our journalists in the field. For more practical information and timetables, check out www.dekmantelfestival.com or the Dekmantel Festival app. For any assistance, email us at [email protected]. For now, stay tuned!

The end of a mesmerising first night

Night #1 of 5 at Dekmantel Festival 2019 is done, and so is this liveblog for now. See you tomorrow! 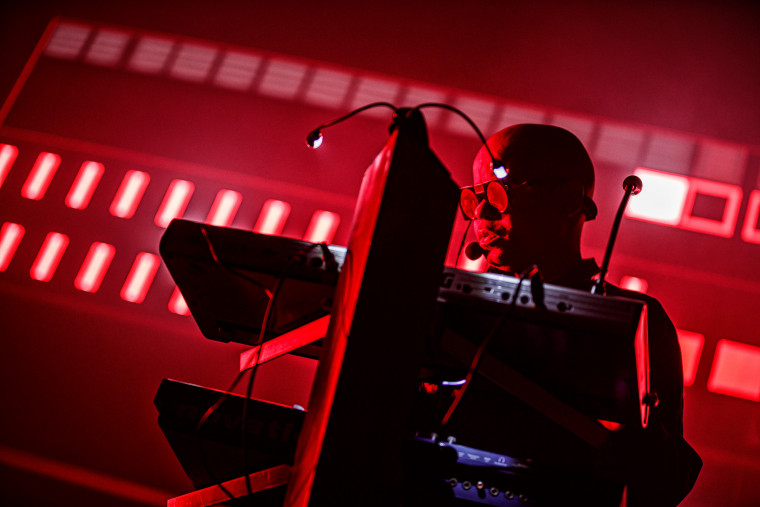 Cybotron's concert was a timeless ride

Electronic music owes so much to Juan Atkins' many magnificent projects. We're proud to have hosted a super-rare show from Techno City's veterans aka Cybotron.

One of their most well known tracks, 'Clear' (1983), was just performed live at het Muziekgebouw towards the end of the Cybotron concert.

Cybotron has the audience dancing — both in and outside their seats.

@dkmntl Festival is on. Currently at @muziekgebouw with a rare performance by @cybotron. Sound is great, visuals are mesmerizing. Sitting in a chair feels a bit weird at first, but you can still shake your butt and dance with your head. #technopioneers #dekmantel19

Cybotron's live show is meeting all the high expectations we had

GS: Do lasers have a smell? Tonight’s headline show from electro originators Cybotron could be the greatest proof yet: Muziekgebouw is filled with the aroma of a laserquest arena, plausibly for the first time ever. It has the anticipatory, giddy teen thrill of that realm too: Juan Atkins, Detroit In Effect’s DJ Maaco and Laurens von Oswald are opening up a portal back to a geeky past most attendees seem delighted to revisit.

The sound is pristine and the visuals, a pitch-perfect hark back to touchstones of the the 80s (Tron, Snake, Cold War outer space mysticism), are positively retina-scorching. People are dancing in the aisles to “Alleys Of Your Mind””; others are mouth agape at the spectacle unfolding. Cliched it may be, but this truly is how the future felt, sounded and looked 40-odd years ago. And as far as Wednesday of Dekmantel Festival 2019 goes, nothing is getting past this.

CR: As wonderful as Muziekgebouw is, it is a seated venue, and electro with that vintage thwack is probably the most danceable music ever made. My chair is a prison. Hopefully the people will revolt and start climbing the furniture soon.

Kevin Saunderson in the audience

Kevin Saunderson came over to see one of his fellow pioneers performing live.

Off we go into the second concert of tonight

Expectations are high as we go into the second opening concert of Dekmantel Festival 2019 — Juan Atkins' Cybotron live. The audience is seated, but will they stay seated?

One of Amsterdam's most dependable DJs, Loma Doom is setting the pace for a long and musically explorational weekend ahead. 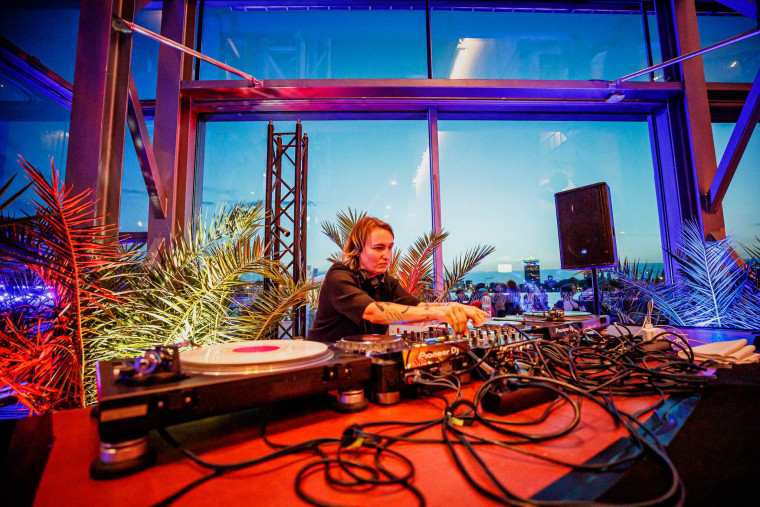 Who's beside Juan Atkins tonight?

Who’s that next to Juan Atkins? For the Cybotron live extravaganza, one of the most influential figures in techno history has recruited two like-minded musicians as auxiliary support: Germany’s Laurens von Oswald, who engineered his uncle Moritz’s Borderland collaboration with Atkins in 2013, and Motor City’s own Tameko J Williams, also known as DJ Maaco, the remaining active member of cult electro duo Detroit In Effect.

Between them they represent three different branches on the techno tree, with Atkins at the root, Williams spanning electro’s millennial epoch, and von Oswald at the cutting edge via his day job as artistic director of Berlin's Atonal festival.

The hi-tech show is intended to be “highly immersive,” according to Atkins. “It’s the first ever Cybotron live show and we’ve been working on combining the [visuals] and the music. Some things work better than others, and it’s like taking educated guesses – something I think I’m good at.”

Coming up later tonight is Cybotron, bringing their 80s/90s project to the present and future

With our head still in the clouds from the Pharoah Sanders Quartet performance, it's time for a peek for what's awaiting us later tonight during Cybotron.

The members of Pharoah Sanders' Quartet in musical conversation

CR: We have a bass and drum standoff here that's just negated the entire genre of math rock. Jazz musicians are officially from another planet.

The pioneer of spiritual jazz live on stage

Almost an hour into Pharoah Sanders, the festival could not start any better

CR: If festivals are basically all about escaping the mundane and the predictable for a few previous hours or days, nothing could be a more effective portal into another reality than the elemental jazz of Pharoah Sanders. And his band really are like four elements - water, air, earth and fire, with Sanders' saxophone ablaze in the middle. In fact he's barely moving - he shuffled on stage so slowly it was a relief when his lungs turned out to be in full working order, mighty as ever - but he's at the eye of a storm, with his own personal weather system raging around him. It's a better forecast than the one on my app, at any rate. 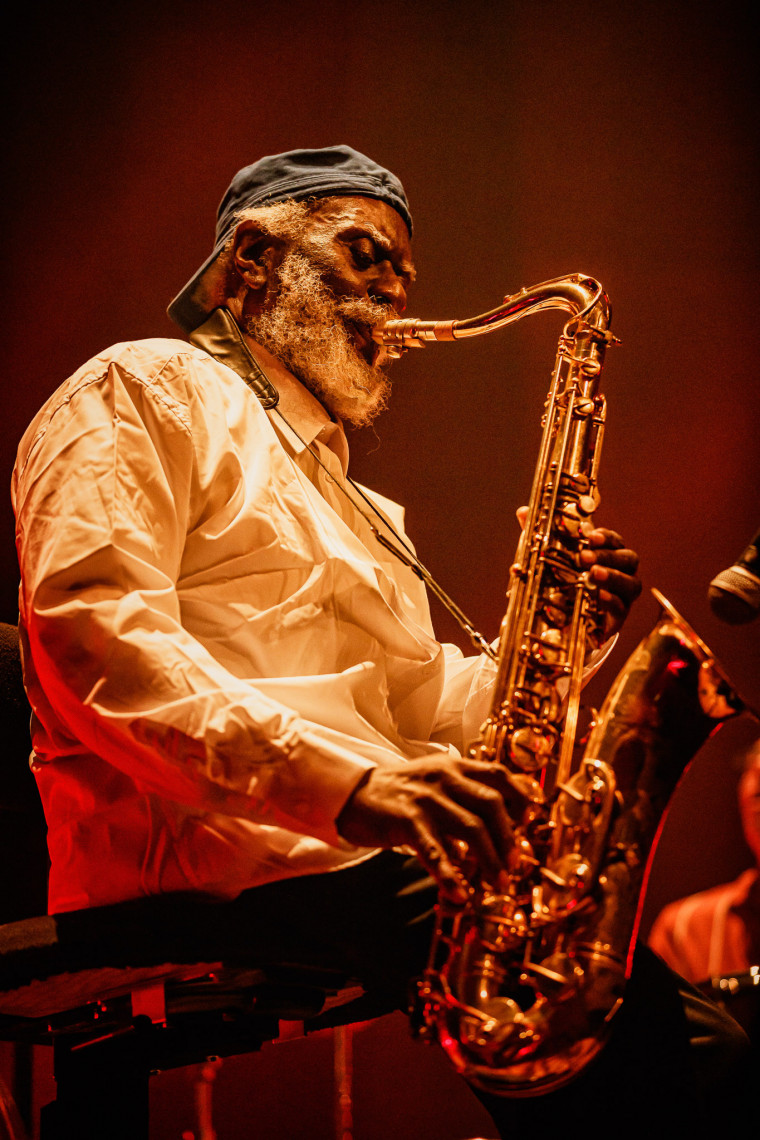 In the foyer tonight: Loma Doom

In between the two concerts tonight, we have Loma Doom playing in the Muziekgebouw Foyer. A familiar face in the city's cultural scene, she's known for her longstanding Tuesday Night Prayer Meeting show on Red Light Radio. Hear the latest episode here.

8 o'clock sharp: Pharoah Sanders is starting now! The first music of Dekmantel Festival 2019, and who else could start it better?

Pharoah Sanders is about to kick off Dekmantel Festival 2019, with Cybotron on the bill for later tonight. Check out the feature we did a while ago about these two pioneers and their legacy over here.

Today's program (and part of tomorrow's!) is situated at the Muziekgebouw — the stunning concert hall at the banks of the IJ river. 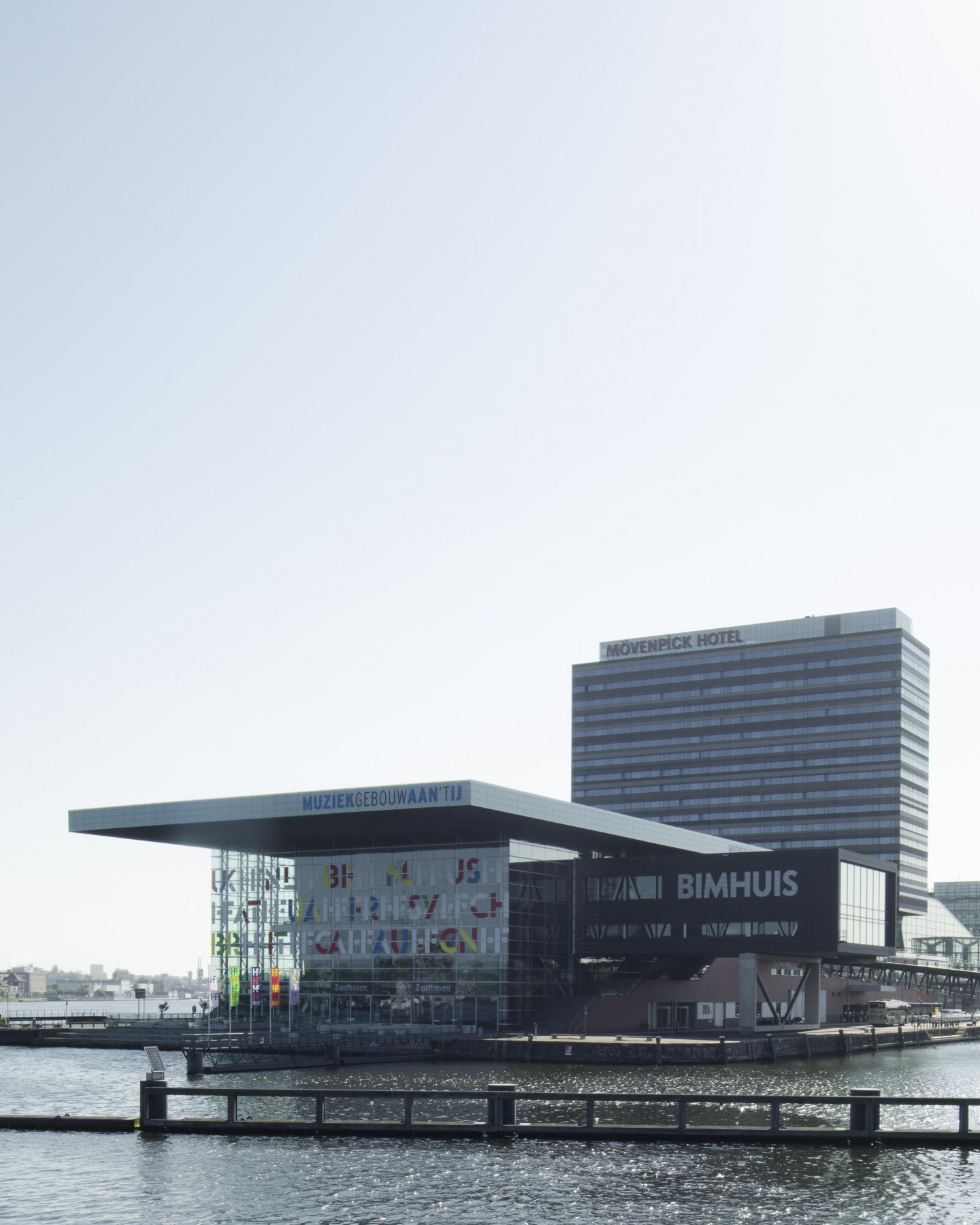 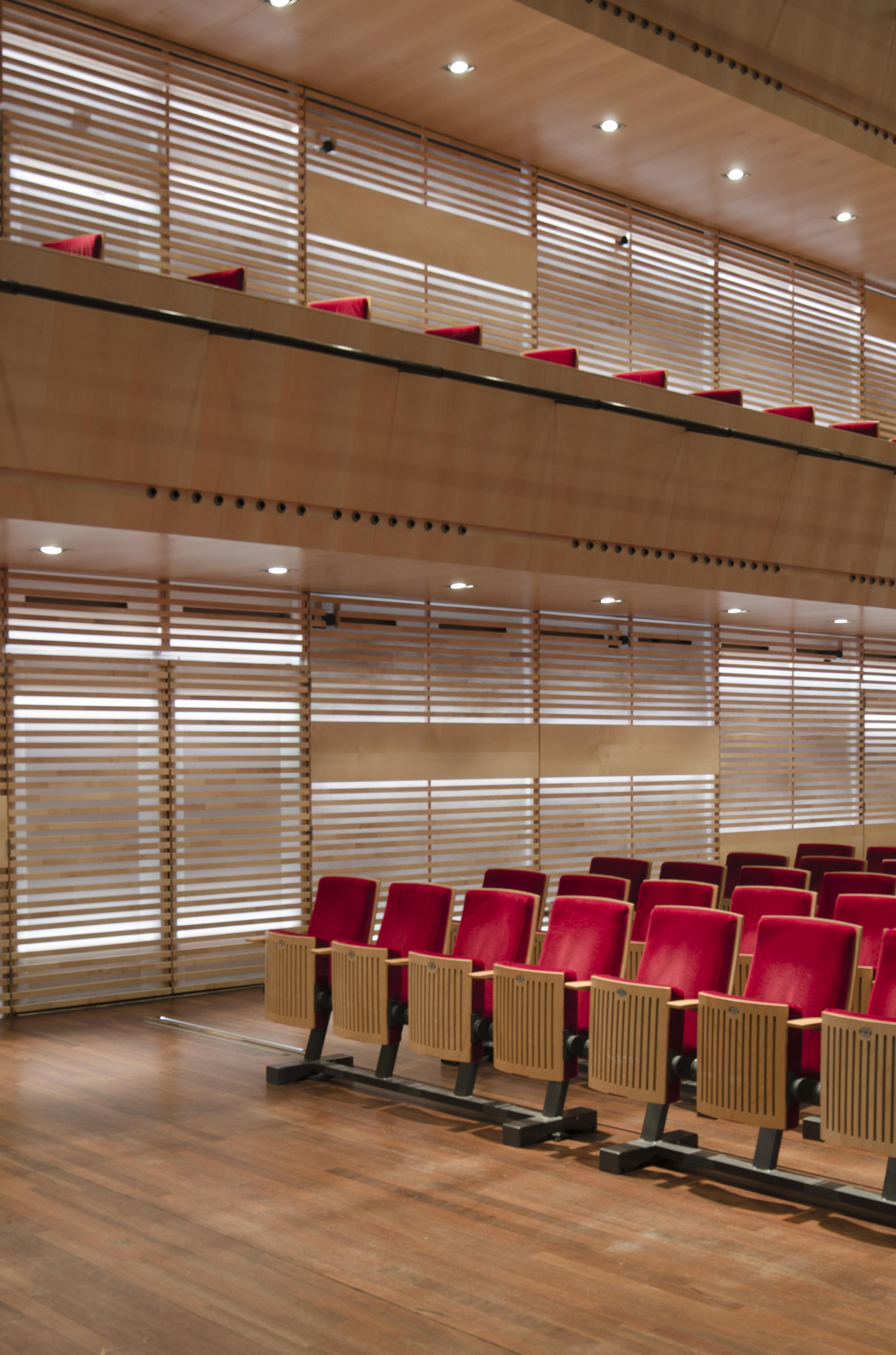 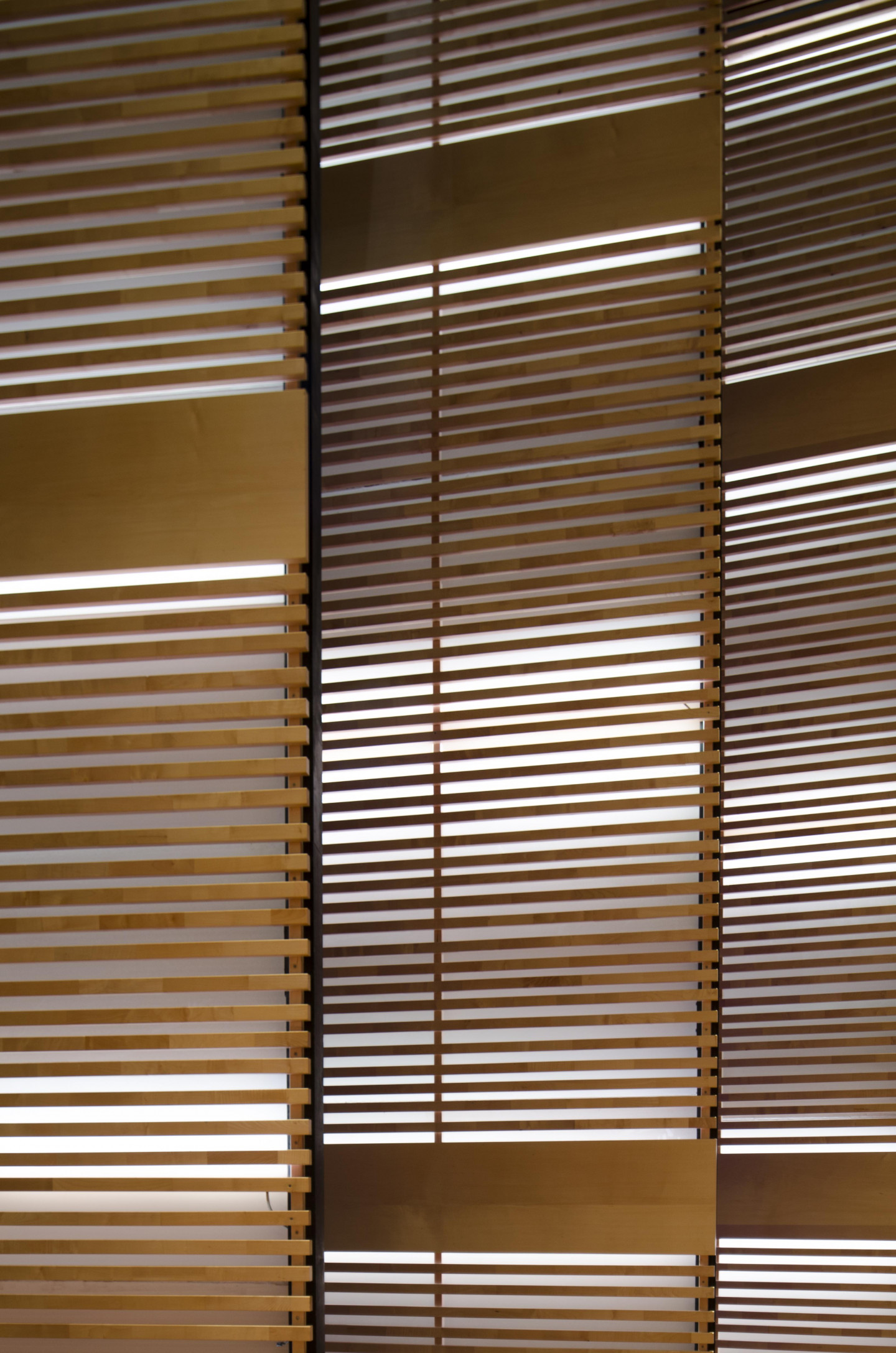 Our pair of Opening Concerts with Cybotron and the Pharoah Sanders Quartet at Muziekgebouw aan ’t IJ are due to begin shortly. A most splendid environment for them, we hope you'll agree. Here's a taste of what to expect. 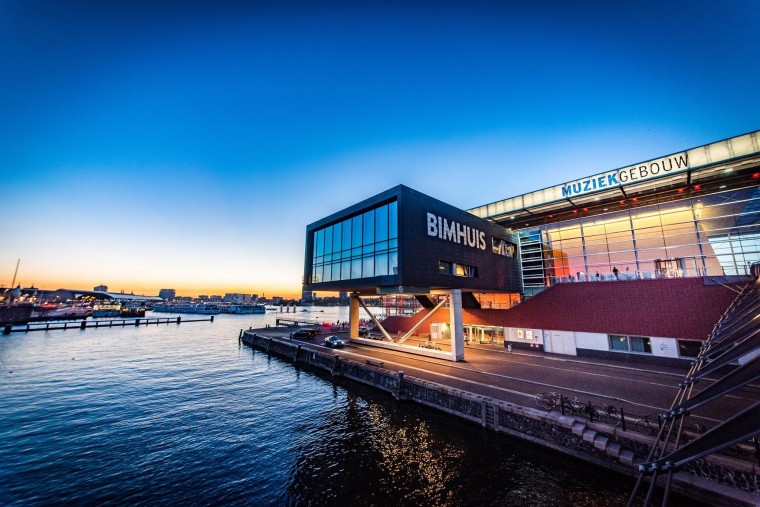 Good evening all — Dekmantel Festival 2019 is live now. From this moment onwards, we'll keep you posted on what's going on at the festival and will provide you of all context.