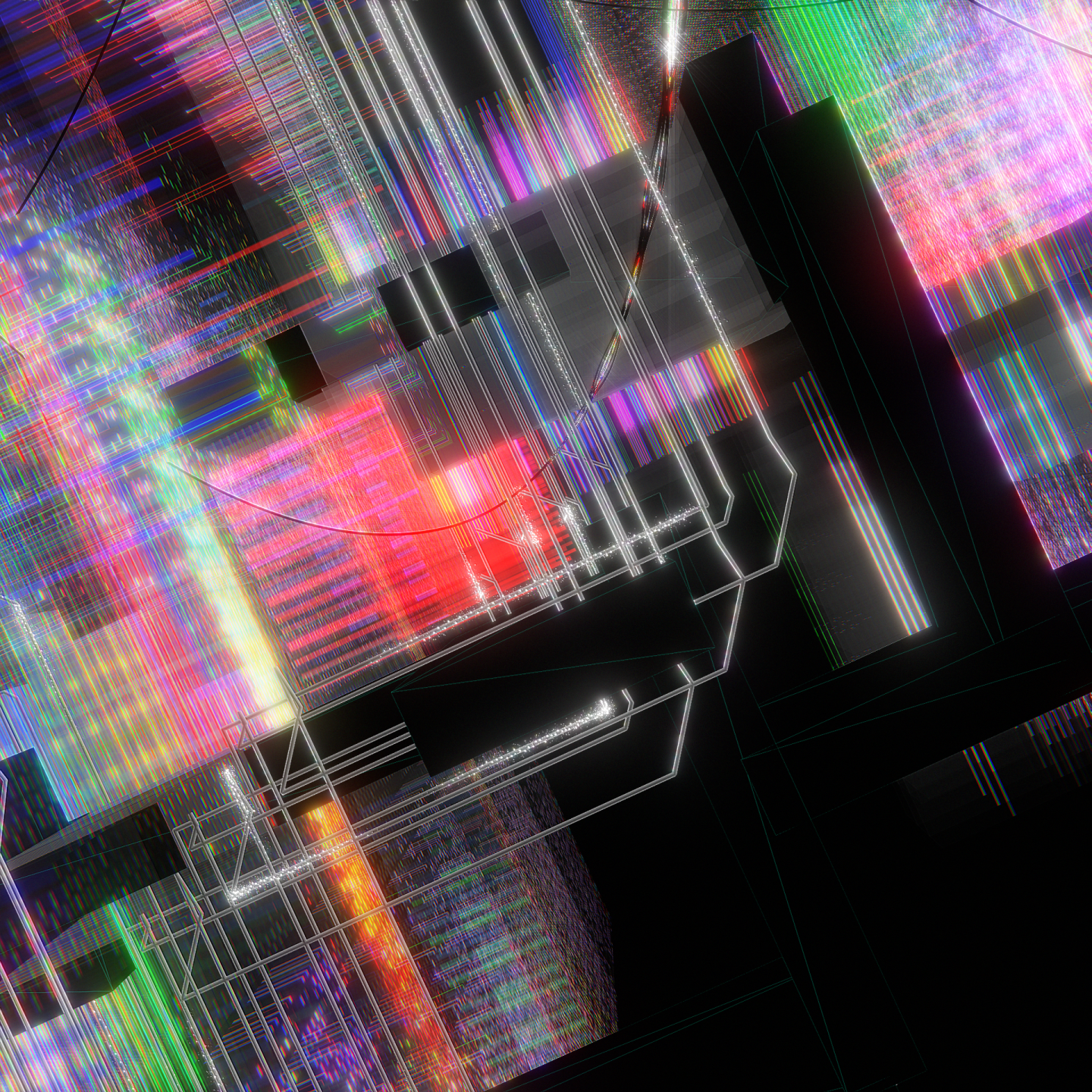 Welcome to our liveblog! A full-blown feed of our entire event, updated throughout the 10 days of Dekmantel Connects. A chance for you to keep track of what’s happening at the moment, with photos, videos, background info and live updates. For more practical information and timetables, check out our program page or the info page. For any assistance, email us at [email protected]. For now, stay tuned!

From De Ambassade to Identified Patient, Cinnaman to Coco Byrce, Operator to Future Intel, an action-packed Tuesday is done. What a rush it was — we wish every day could be the same! Luckily, that wish gets one more grant: tomorrow brings the last 24hrs of Dekmantel Connects. See you then?

Identified Patient and Gamma Intel in the mix tonight. The deviant Dutch duo locked heads in a multi-deck, high-tempo thriller — a slamming session to close the book on the penultimate day of Dekmantel Connects. 24hrs remain... 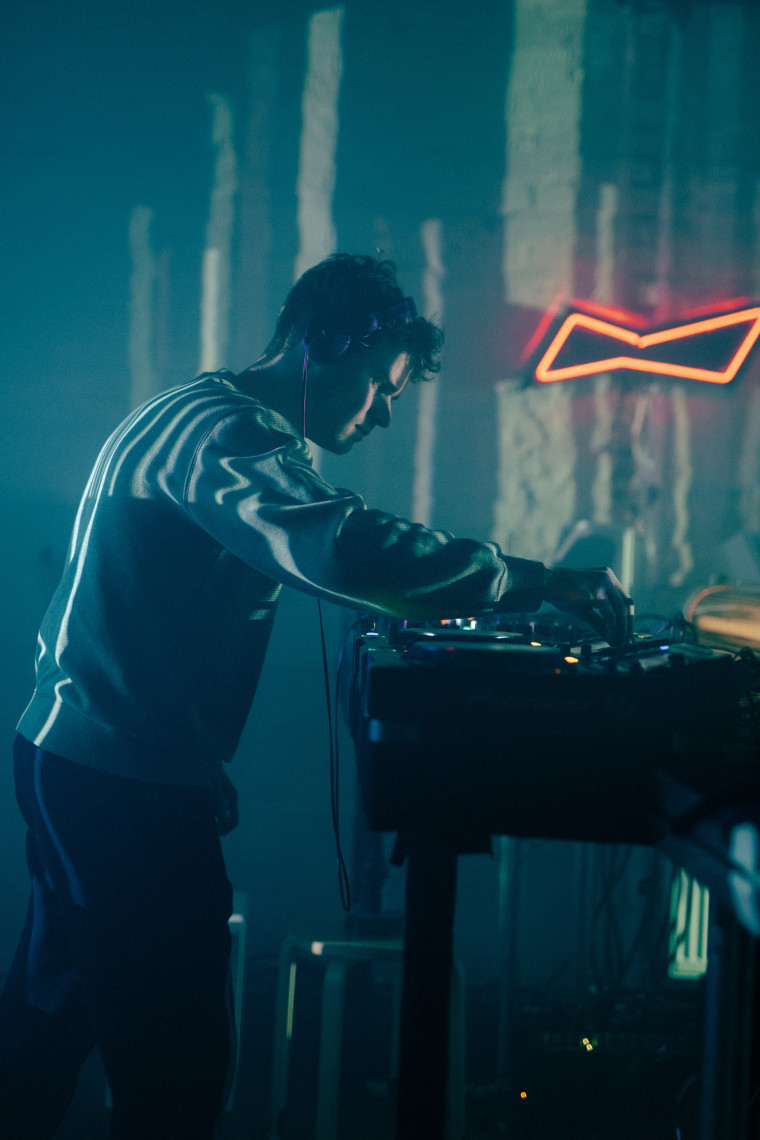 Tonight's final joust! Identified Patient and Gamma Intel are going b2b in a Bud NL DJ session, casting spells body music, acid, electro, hardcore, jungle and all manner of fractured electronics until midnight. This one is sure to be a rocket.

Pascal Pinkert (Dollkraut) on the synths, Aniek de Rooij on keys, and bass player Jippe van Niel: a power-trio we remain in awe of. Tonight, De Ambassade sliced through the cold night air and lit up our evening. 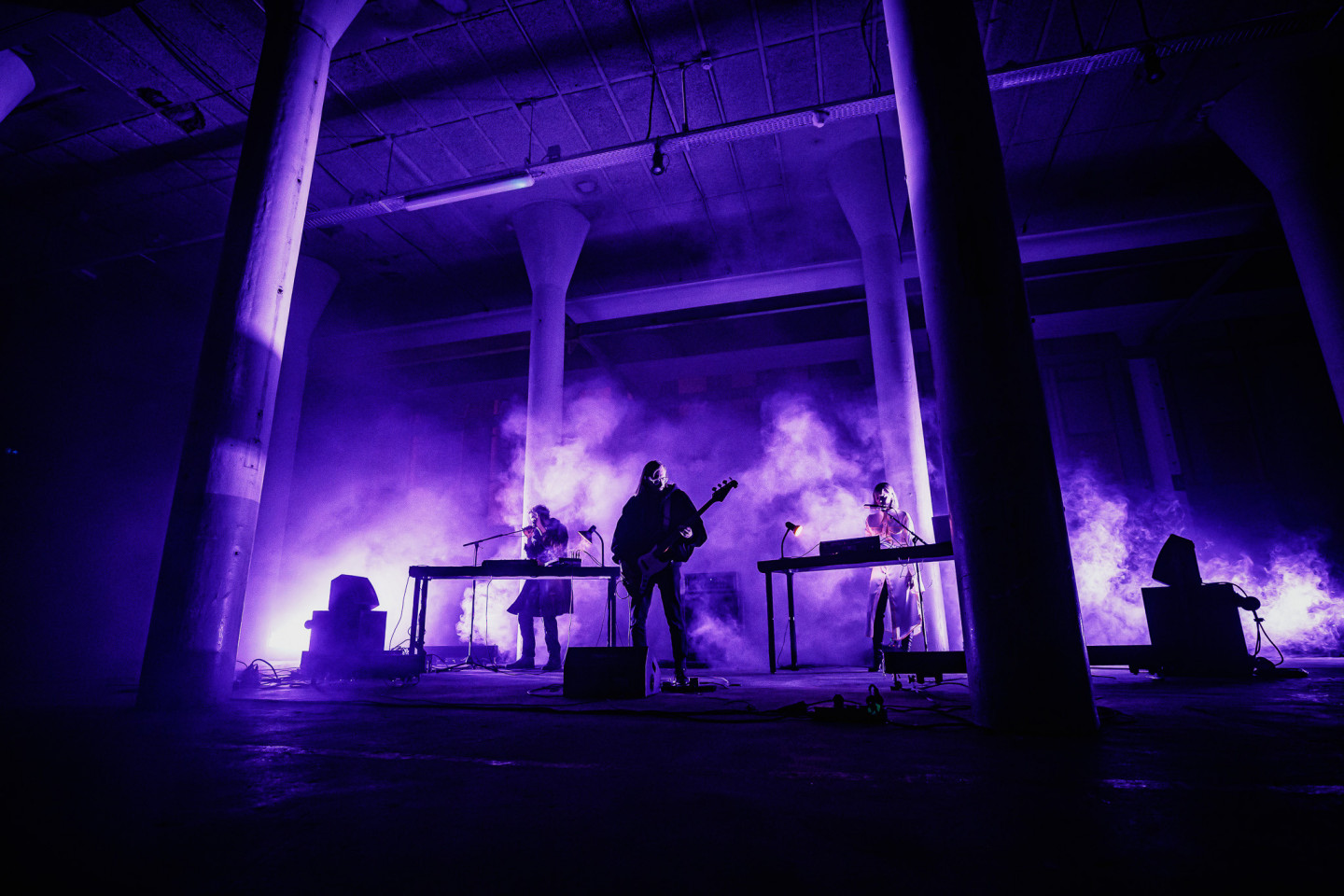 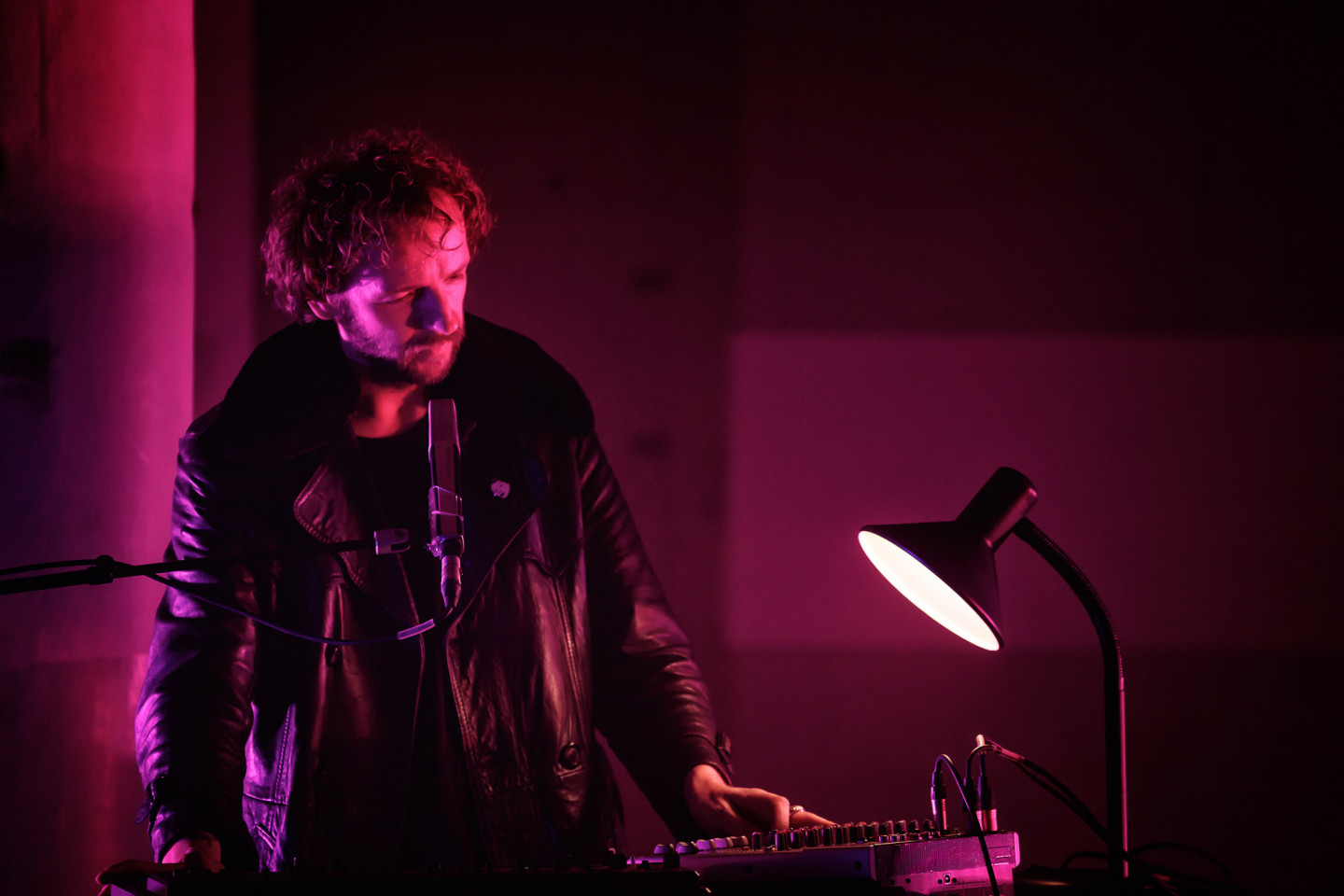 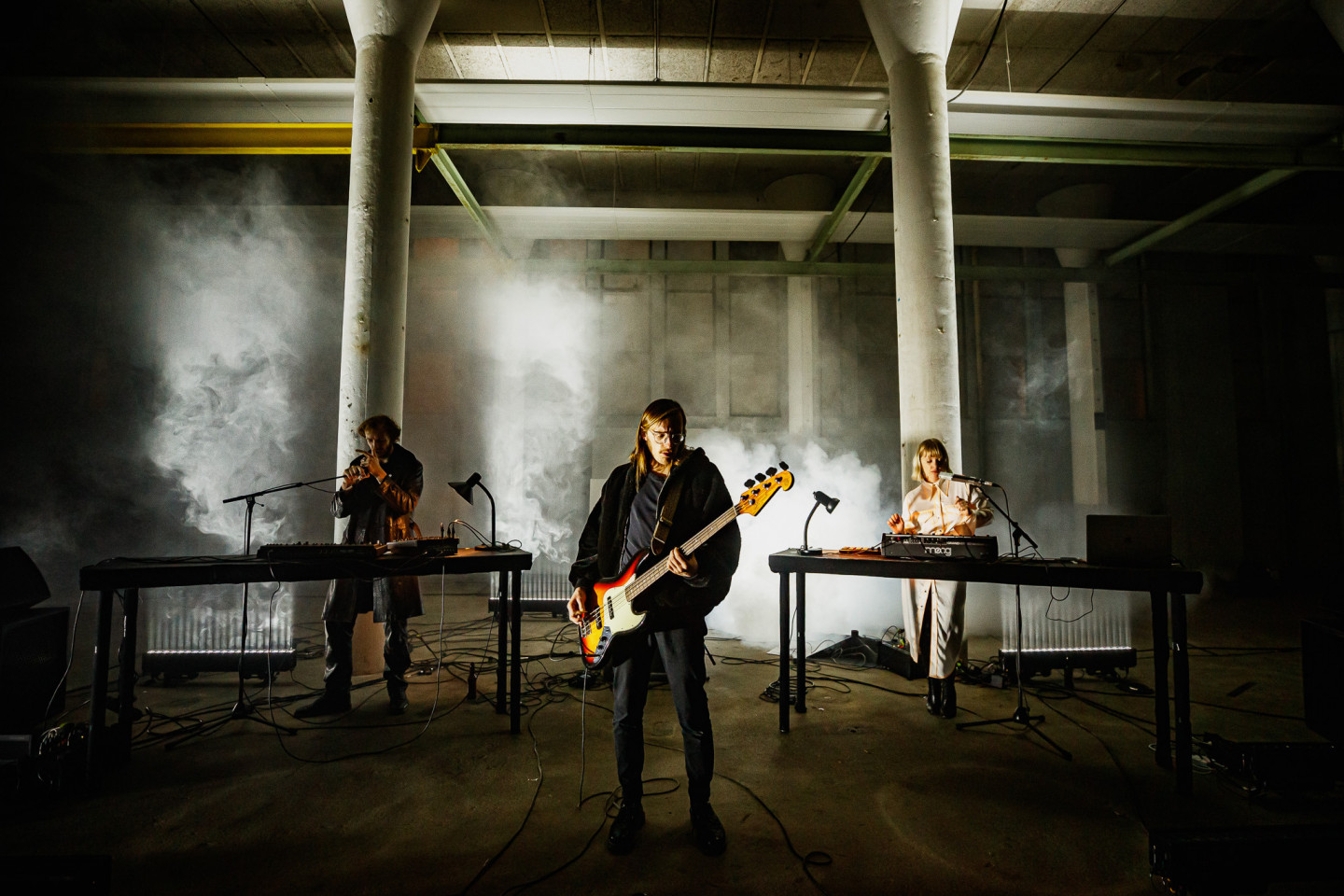 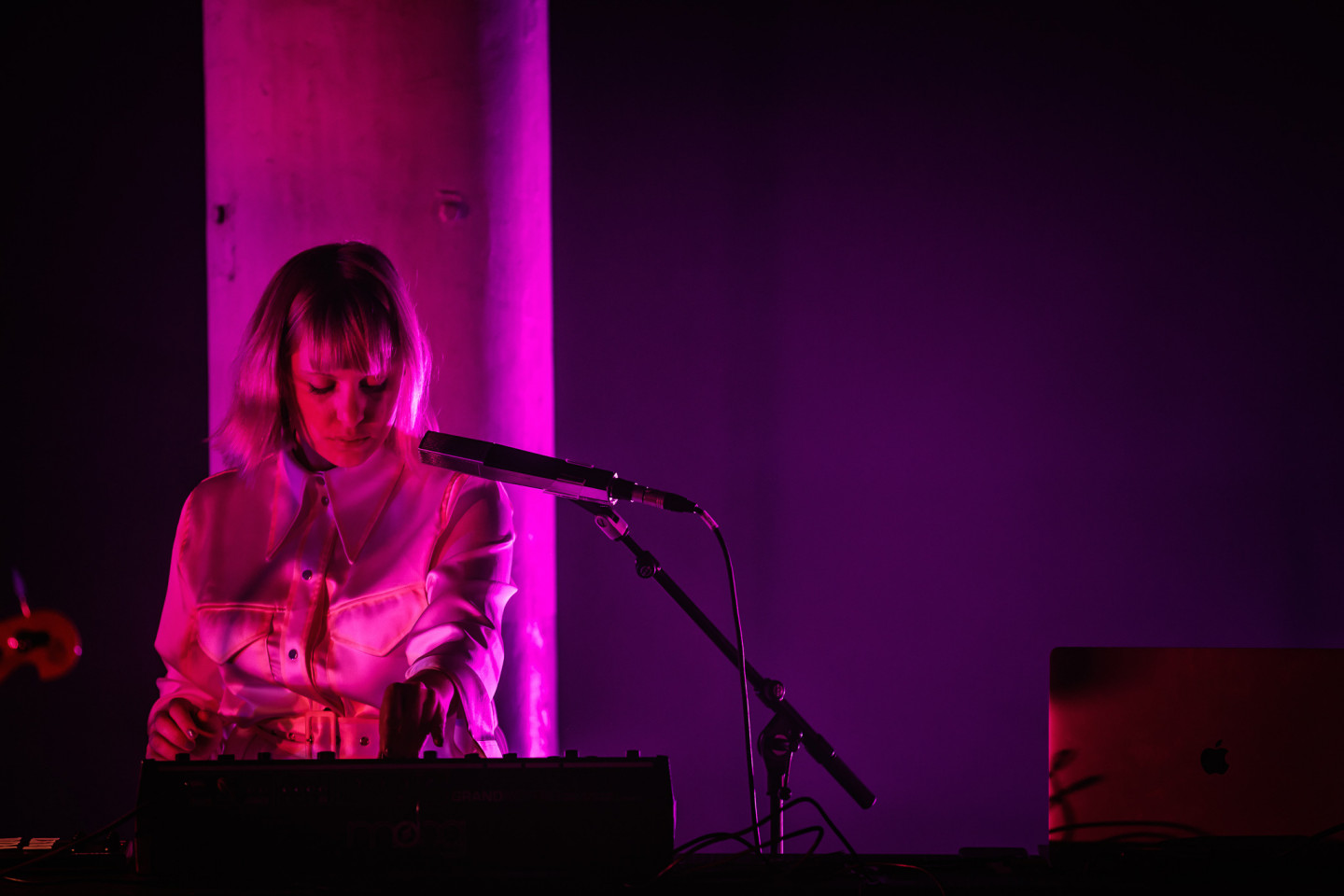 Today's Dekmantel Connects live performance comes courtesy of De Ambassade, a modern wave project like no other. With slanted synths, throbbing basslines, and an ominous atmopsheric energy, let the dark clouds overtake you this evening. They are live now and in session for the next hour.

Photo Gallery: In Conversation With: Cinnaman

One of Dekmantel's most trusted, and a bedrock of Amsterdam's music community: Cinnaman joined us for a rare and extensive 1-on-1 conversation, wrapping up this portion of the Dekmantel Connects programme for now. Yuri, we'll see you next year (and surely the one after that too). 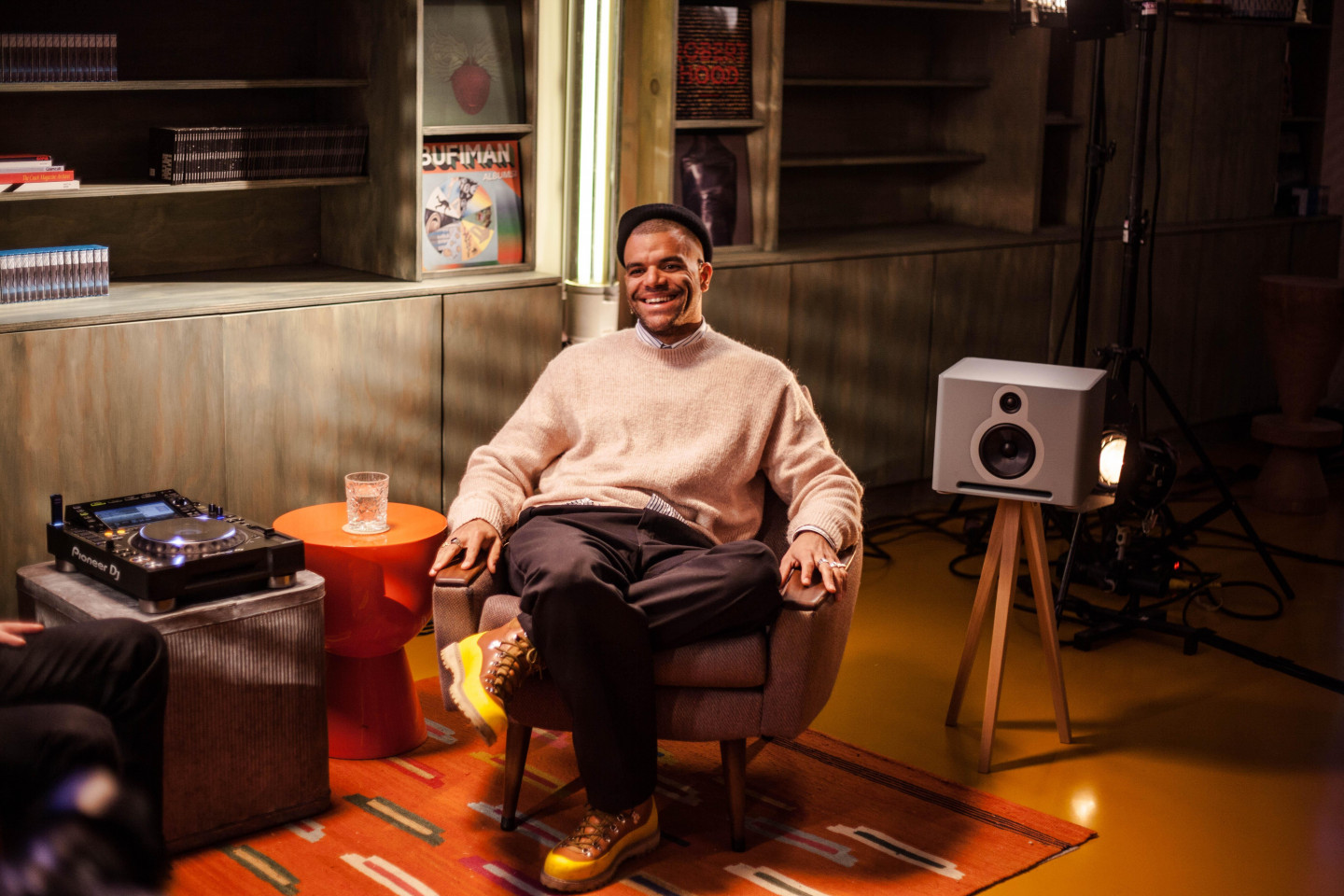 To conclude our artist-focused conversation series, we have the musically ambidexterous Cinnaman sitting down with Yousef Gnaoui for a career-spanning interview.

This is a chance to get inside the mind of one of the best DJs in the city, not to be missed.

Representatives from two of the sharpest modern radio stations in The Netherlands — Operator (Rotterdam) and Future Intel (Den Haag) came together to share their experience and expertise in a broadcast-themed panel. Ofra, Wouter, thank you. 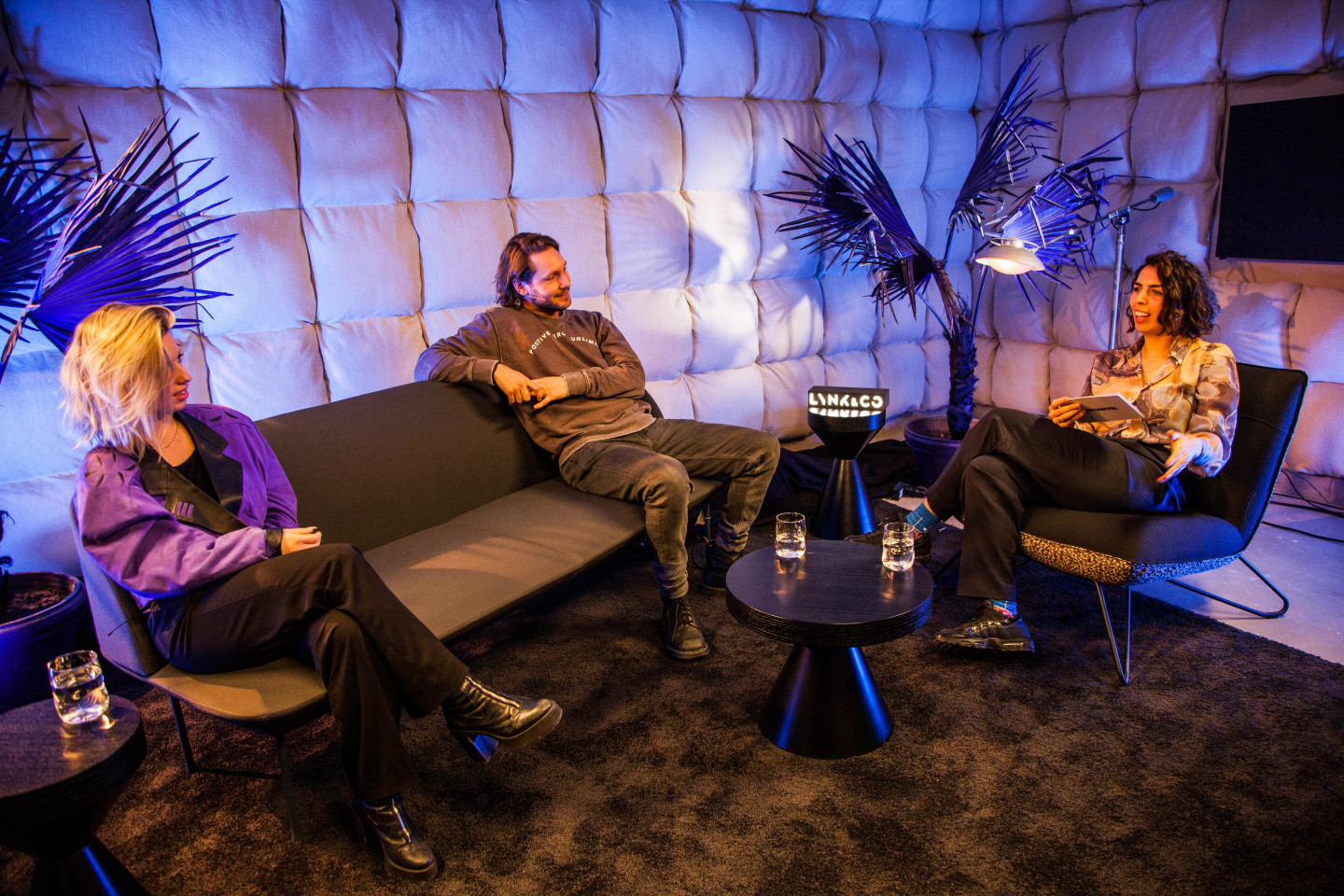 For today's workshop with Lynk & Co, we are focusing on how to run a radio station.

The collective knowledge of Rotterdam and The Hague combine, as Future Intel's Wouter van Driel sits down with Operator Radio's Ofra Beenen to go through everything you might wish to know about satisfying your own airwaves ambition in the future. Beam in — we're live now.

Job Sifre, Dorien, Tammo Hesselink, Post Ave, Coco Bryce, Mary and Waterballet: Future Intel assembled a shining all-star cast for their radio takeover today. It was a blast — for those who missed it, you can look forward to playback streams soon! 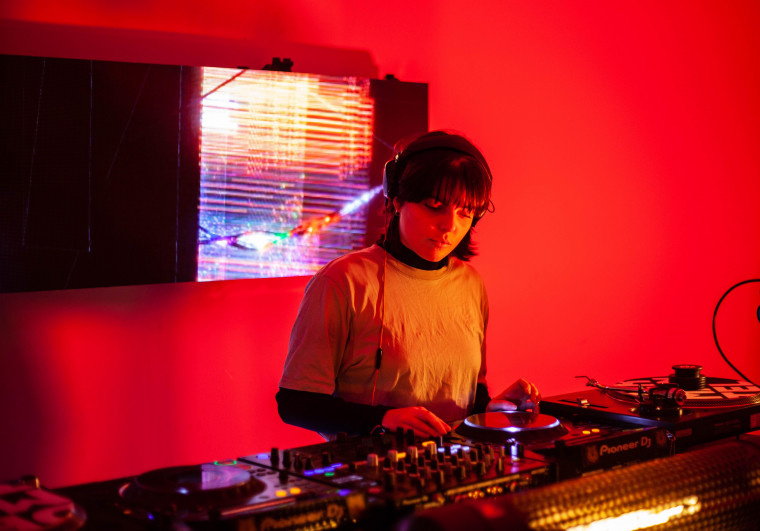 Coco Bryce is in the building! One of The Netherlands' most lethal jungle producers, as well as a dedicated UK Garage evangelist as Chavinksi, is here to burn through the final hour of Future Intel takeover of Dekmantel Connects radio.

Strap in for this one.

Nous'klaer Audio associate Tammo Hesselink is a risk taker who explores broken UK drums and the grey areas between house and techno. He’s on air now. 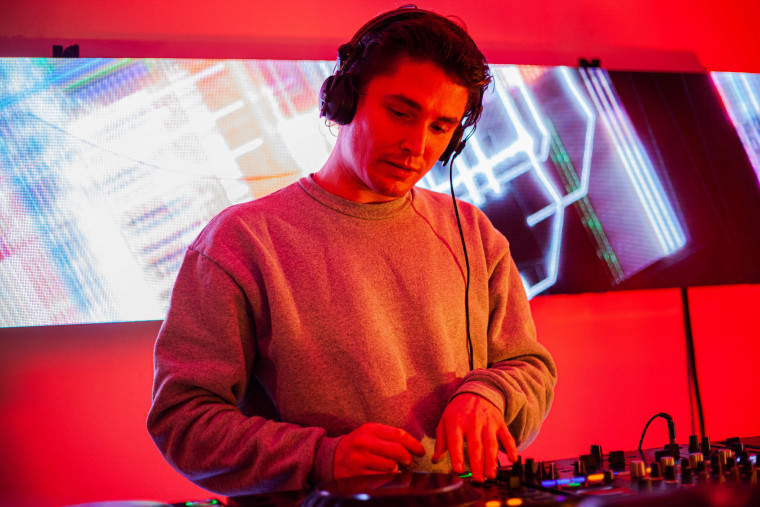 Whether she drops one of her favorite Luke Vibert’s Amens or goes into a deeper realm of IDM, mad miran knows how to hit the spot. That is mostly due to the genuine stream of emotions her selections and flow are unfailingly guided by. Similar to the fierce wind of a summer storm, her feelings are sometimes hard to tame, grasp, or put into words for her. This radiant energy that sits inside her, seeking to burst forth, is what makes Miran inherently Miran, and her adrenaline-charged sets so mighty.

“I can be quite broad in explaining, especially with topics involving music and emotions - and this year has been an insane emotional whirlwind,” she tells me over email as we discuss this interview, setting the tone for a deep dive into her brilliant chaotic mind.

About 2,5 years ago, you moved to Rotterdam, away from the overwhelming social life of the capital, and recently, came back here again. How did you find living in Rotterdam and what were you missing about Amsterdam that made you return?

Living in the beautiful Rotterdam was a really good mind-expanding period for me. My mind can be overwhelming at times and, with my overwhelming life, I needed a quiet and steady base to let myself process it properly, and let the new adventures and plans come in calmly. Living in a big modern city where I didn’t know many people gave me more peace in my head. A lot happened in those years; I played at the most amazing venues and met true warm-hearted people from all over the world that do music from their heart. It inspired me to carve my own path in this industry, grow and find peace amidst chaos in my music.

During the corona days, being stuck in my room made me realize I missed my city, Amsterdam. I missed biking through the streets I knew by heart. I thought, ‘Ok, check. Back home to hectic Amsterdam, but steady Miran is ready to go’. And it was a good choice; I have the nicest roommates, love happened, my friends and father are close by and I’m just happy to spend this year in my city.

The past half a year has probably been a whirlwind of emotions for you. How do you feel now compared to when the pandemic just started?

Yeah, you could say that. This year was wild. It started with me taking a flight from De School straight to Northern Italy on January 1st. I booked an Airbnb in the mountains with no Wi-Fi. Two weeks of fresh air, Italian food, reading, serenity, and recharging for 2020. I took along a very heavy sound design book I had ordered and the notebooks I have been carrying around with me for the past years. My notebooks hold many memories: from an attached boarding ticket to a funny quote I heard backstage. Sometimes I would write down or draw something to memorize the moment while waiting for my set in the peaceful bathroom of a club. It’s nice to look back at those pages and remember a full situation, otherwise, we forget!

dj dorien is bringing dark electro, techno and industrial sounds on the airwaves – she's live until 4. A big thank you to Waterballet, Mary and Post Ave for bringing the tunes to the first half of Future Intel's radio take over. As the Future Intel takeover of our daily Dekmantel Connects radio programme heats up, we welcome the grit and the glory of Mary.

She's live, taking us through the lunchtime session until 2.

Waterballet is kicking off today’s Dekmantel Connects radio with a visual live show – make sure to tune in. Get to know: Future Intel

High up in an abandoned office building somewhere in The Hague, a former hub of a corporate telecommunication company, Future Intel has planted its base and has been broadcasting independent online radio from its top floor. Set up in what looks to have been something of a former executive room, boasting glass walls that offer a close to 360 degree view on the city, it’s a perplexing setting that goes hand in hand with the station’s idiosyncratic programming and their distinct way of doing things.

This may sound like something of a boyhood dream coming true, and it’s actually not that far off. Early 2020, Zamba-Jan Bakana, Mounir Gros and the brothers Wouter and Olivier van Driel stumbled into this building during their search for low-cost studio space in The Hague. It was especially the building’s top floor that caught their attention — a space the crew couldn’t resist to somehow make use of. After Onderwereld FM had to move out of their location, they felt compelled to keep pushing the city’s underground sound through online radio. Not even a year down the road, Future Intel has steadily been pushing a strong programming of streams by both acclaimed artists as emerging talents, often coupled with the work of local visual artists, swiftly cementing its name in the Dutch electronic music landscape.

We’re making every moment count as Dekmantel Connects hurtles toward its conclusion. And today is proof, with some of the most energetic artists of the whole series on show across 12 hours of non-stop programming.

The evening brings a continuation of the afternoon’s fast and furious energy. Up live, we have De Ambassade’s modern wave stylings with a custom broadcast to match. And then, Gamma Intel and our very own Identified Patient will cast spells until midnight strikes in a b2b session, mixing up dark clouds of body music, acid, electro, hardcore and all manner of fractured electronics.

We are almost there… so go nowhere.

The second last day of Dekmantel Connects 2020 is upon us

The second last day of Dekmantel Connects 2020 is upon us, but no slowing down now.

Sparks are set to fly – we go live from lunchtime.